“Go into all the world and preach the Gospel to the whole of creation. He who believes and is baptized will be saved…And these signs will accompany those who believe: in my name they will cast out demons…they will lay their hands on the sick, and they will recover…And they went forth and preached everywhere, while the Lord worked with them and confirmed the message by the signs that attended it.”
Mark 16:15-18

MNE is a 501C3 Tax Exempt Religious Organization under the guidance of the Roman Catholic Church dedicated to the renewal of all God’s children through Proclamation of the Word, Conversion of Hearts, Baptism of the Holy Spirit and Prayers of Healing. 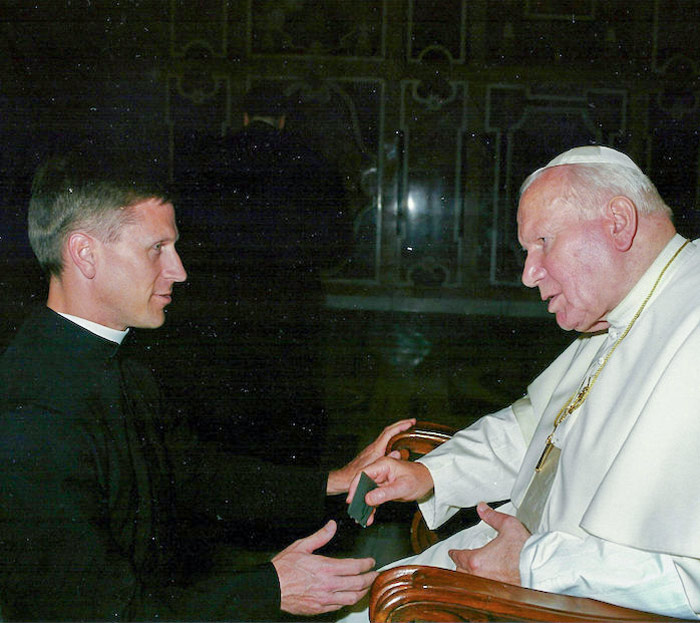 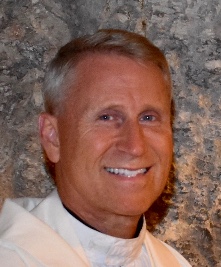 Fr. Greg Bramlage was born in 1964 and grew up in Indiana.  In 1990 he graduated from Marian College with a Degree in Business Administration. He worked 13 years in the Transportation Industry before being called to the priesthood. In 1996 he graduated Cum Laude from Mount St. Mary’s Seminary and was ordained for the Archdiocese of Indianapolis.  He has pastored multiple parishes and a school. He has led ten pilgrimages to the Holy Land and many throughout Catholic Europe.  In 2004, he received the Blessed Gianna Molla Award for his leadership in the Pro-Life Ministry. And in 2005, Fr. Greg inaugurated the first Perpetual Eucharistic Adoration Chapel in Southeast Indiana.

That same year, he began hosting and speaking at regional faith conferences. He incorporated a full-time Healing/Deliverance Ministry at his parish of St. Nicholas.  He has been a guest speaker for EWTN as well as various Catholic Radio Stations. Since 2009, Fr. Greg has evangelized throughout Africa, India, Central & South America as well as in many parts of the United States. In 2011, Fr. Greg received permission from his Archbishop to begin full-time work as a Catholic Evangelist.  That same year, he founded “Missionaries of the New Evangelization” to accomplish this purpose. 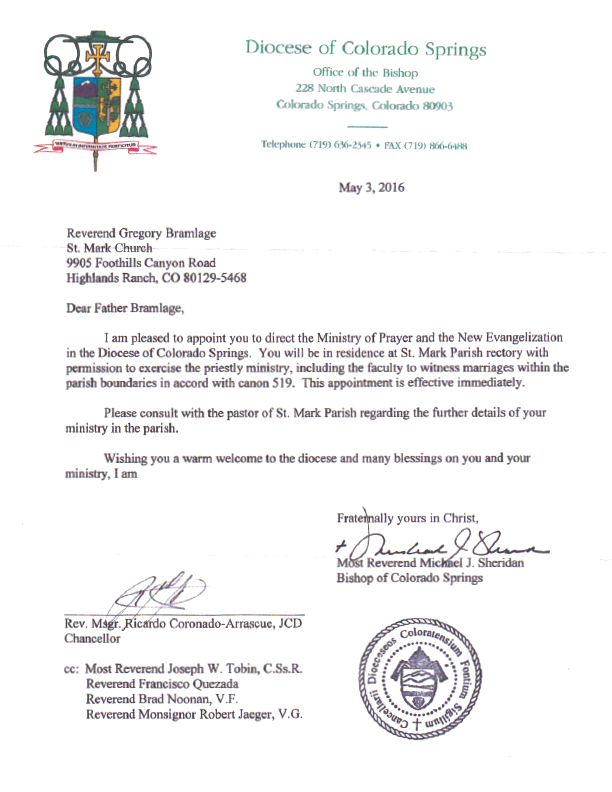